I started thinking about the hat while I was finishing sewing the dress. In looking at mid-1880s fashion plates I quickly knew I wanted to do one of those small-but-tall crowned hats from the period. They just look so pert and jaunty – and have such ridiculously fun trimming!

the upper and lower left-hand ones here the right-hand one here: the left-hand one here – we’ll be coming back to this one: For the base I used Truly Victorian 550:

I made the hat form out of buckram and hat wire: 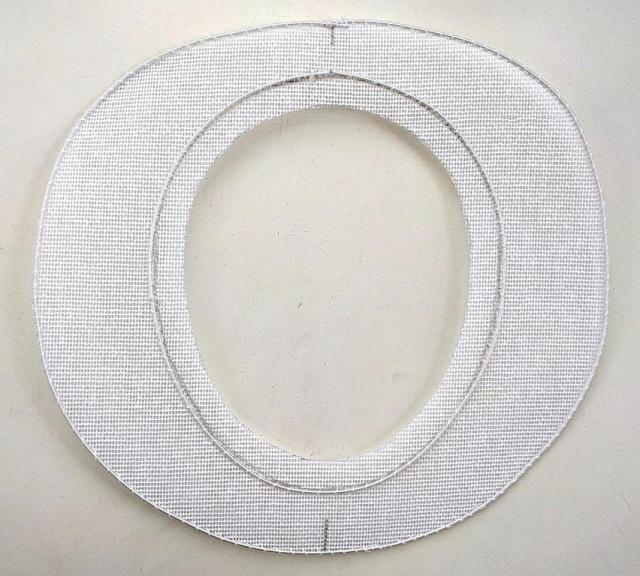 If you’re new to hat making or have wanted to try it but have felt nervous about it I highly recommend a. going for it – making hats is SO MUCH FUN; and b. do get proper buckram and hat wire from the get-go. Don’t try to just make do with what you have at home. They’re not expensive and they could make all the difference between an enjoyable and successful project and one that ends up being disappointing and turning you off of hat making in future – which would be such a shame because – SO MUCH FUN.

I covered the form with a solid mint green cotton from the stash that’s a very fine twill, almost like sateen.

There is a layer of something between the buckram and the mint cotton to help with making the outer layer smooth. Usually the best thing to use is cotton flannel/flannelette but the only kinds in the stash had strong prints on them that would show through (bananas and sushi – not together, lol). So I used something white, not quite as plush as flannelette but I can’t remember now exactly what! 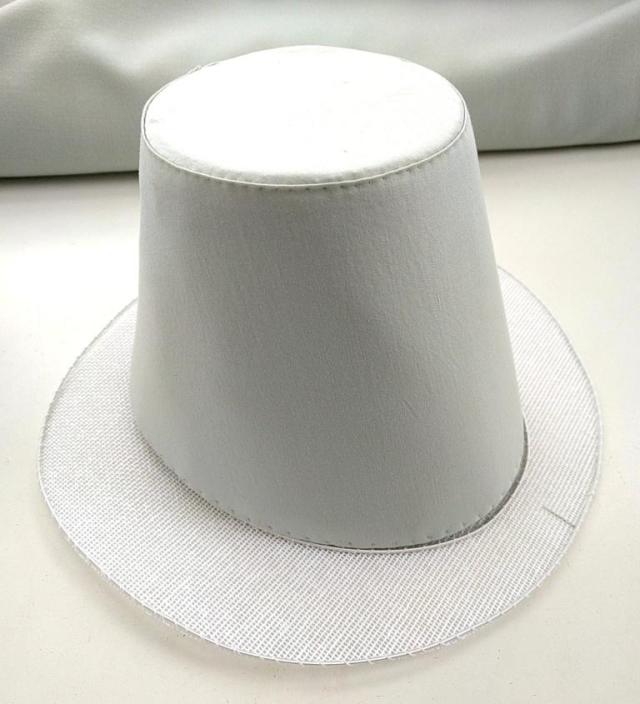 Hats can be pretty fiddly to try and machine sew, so I typically just hand sew them.

The crown and brim are covered separately and then joined together: 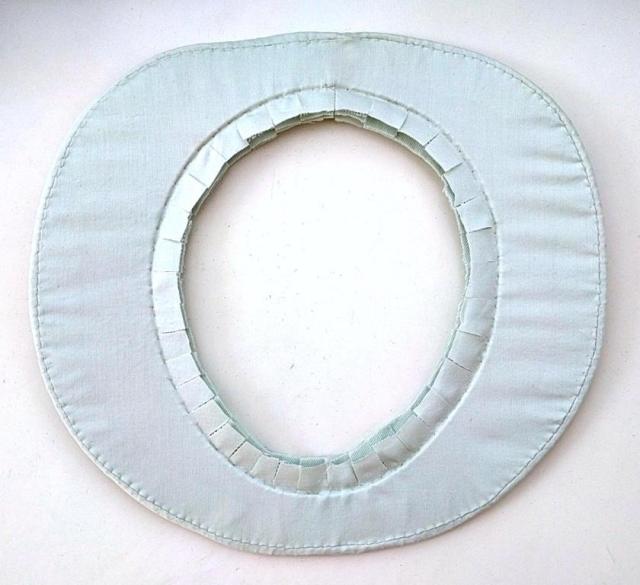 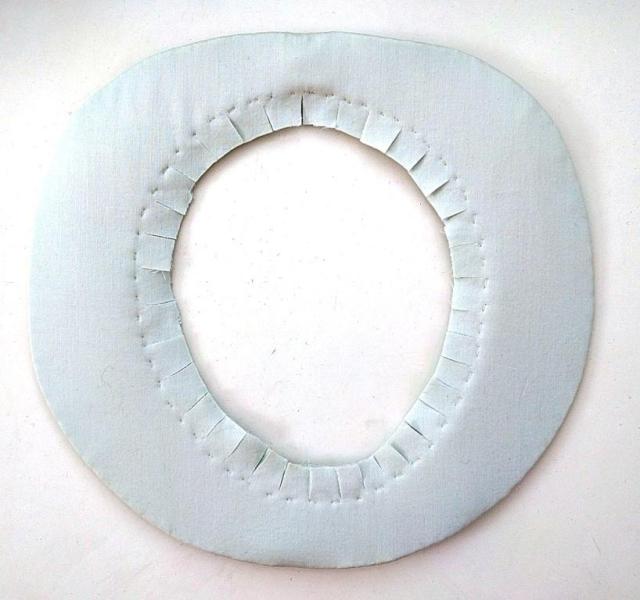 Here I placed them together just to see how it looked

I thought it best to have the outer edge stitching on the brim on the upper side since the brim gets turned up at the edges making the underside more visible, but the messiness did really bother me

So I decided to add a contrasting binding around the edge:

This is actually the underside

this is the upper

The interior hat band is added to the underside of the brim before joining it to the crown. It should be a wider band but this was the closest coloured bias binding I had so went with it. In retrospect, I probably should have just made the band out of a bias strip of the mint cotton fabric. Oh well. It worked out ….ok…..in the end. Learn from my mistakes! 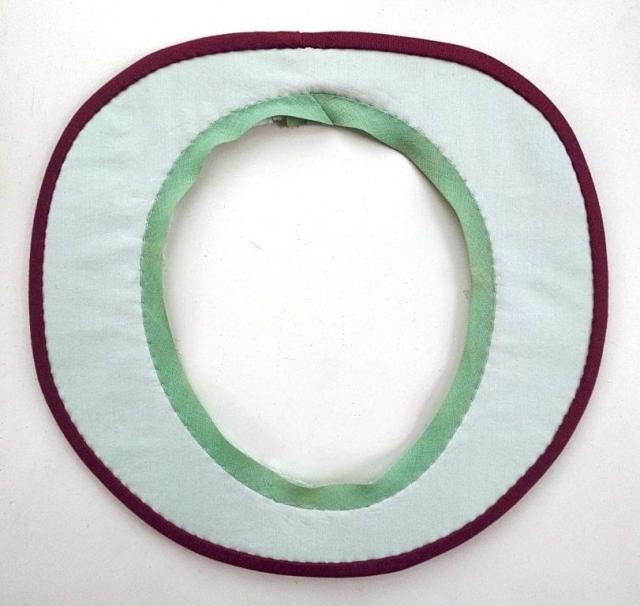 You also insert the lining of the crown before attaching the brim to it. Somehow, using the pattern pieces made for a really big lining, so it’s not the tidiest interior ever but it’s there!

Once the form was all done the really fun part began: trimming!!

I started with a bias-cut strip of the raspberry sateen that I just wrapped around the base of the crown and pleated down at the front.

And now remember how I said we’d be coming back to this fashion plate? This is the main one I used for my trimming inspiration I loved the over-the-top-but-not-exactly look of it with the silly height of it but all done with ribbon or fabric strips.

I made the tall ones first – it doesn’t look so much like rabbit ears with all the rest of the trimmings on ;o)

Inside them I initially used strips of crinoline netting but ultimately felt it was a little too crunchy so I switched to cotton organdy: 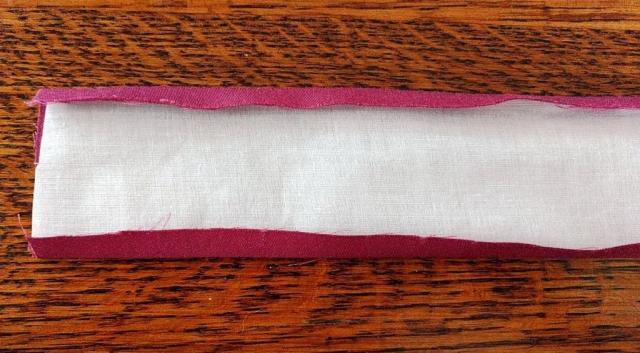 I added more loops as per my inspiration image until I got what I liked. For the very top bit I thought it would be neat to use a piece of proper ribbon to get that pointed cut at the ends. Rummaging around the ribbon stashes (yes, there’s more than one) I found a remnant of this striped maroon and pink one that was just the right length for doing the finishing touches. 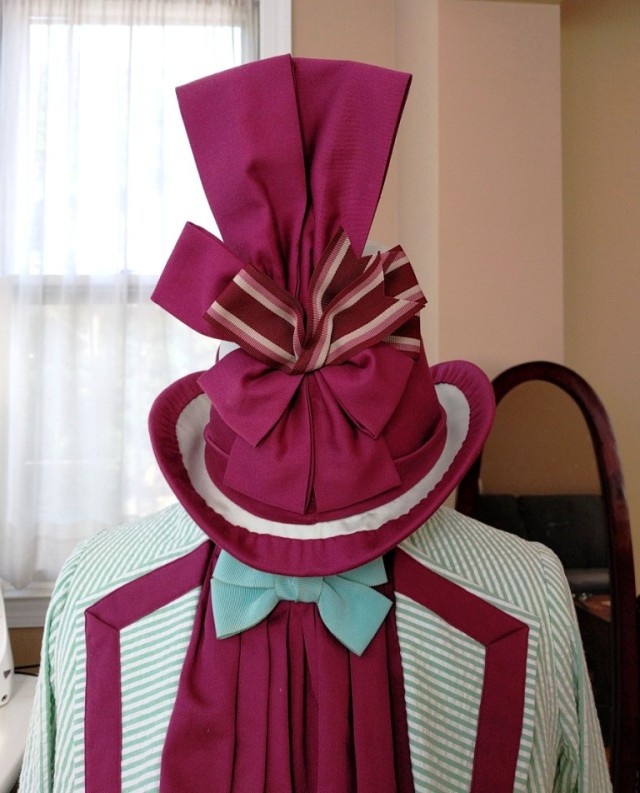 It’s incredibly silly but I just love it!

Here’s the outfit as a whole. Hee!

And here are some pictures of me in it at a Victorian picnic/party back in May:

I did not style my wig for this very effectively so it’s not the best hair ever, oh well. 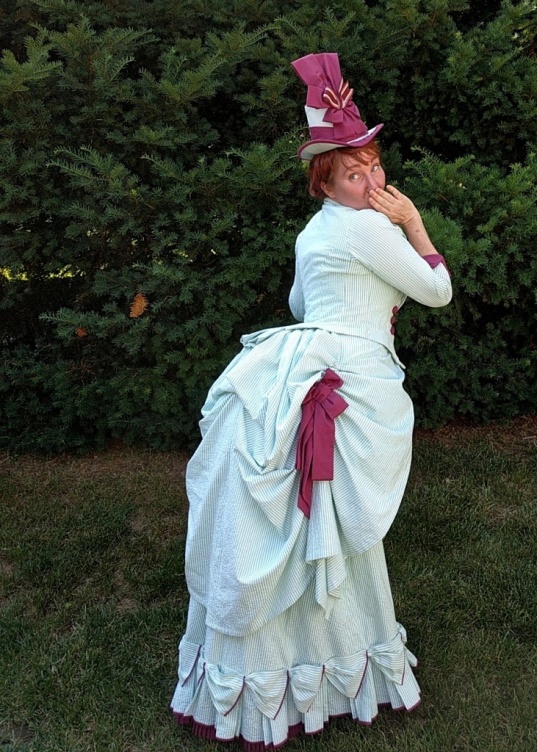 The outfit was still super fun to wear! Perhaps not least because there was oodles of champagne! ;o) 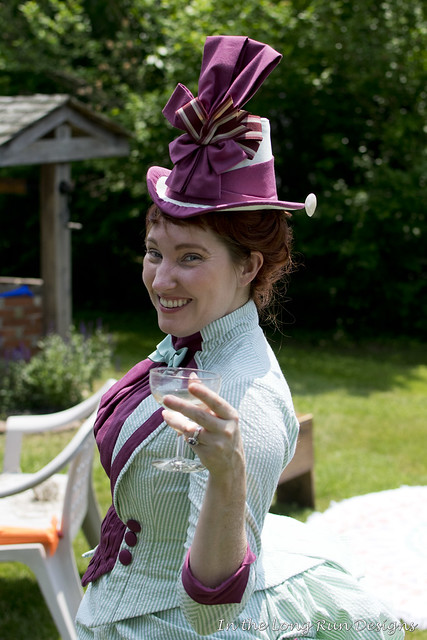 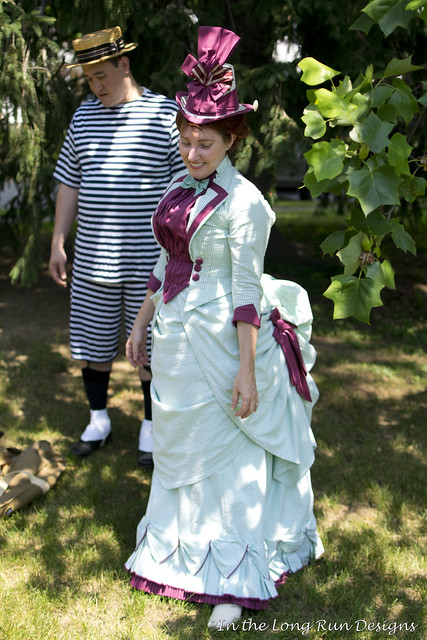 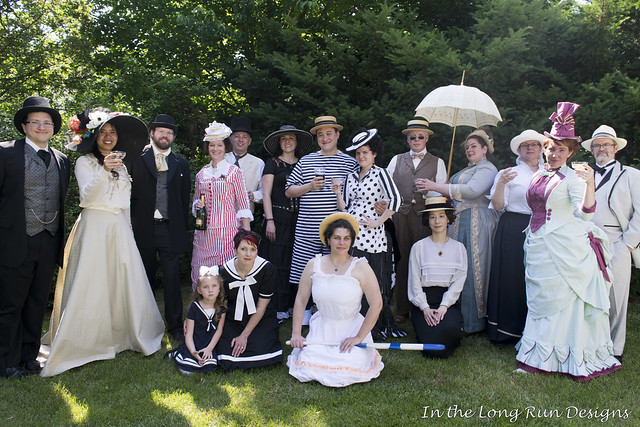 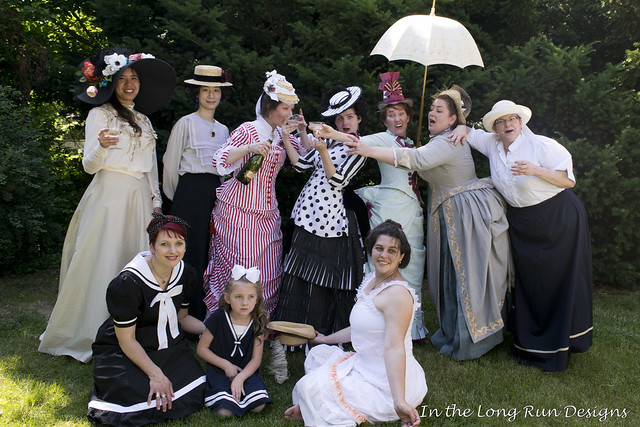 2 thoughts on “Raspberry Mint Sorbet Bustle Dress Part the Third: The Hat – Both the Making and In Action!”