Hello again!  I know it’s been a long while since I posted, but life just got too frantic.  Since the new year started I’ve been sewing like mad on Tree.  I’ve been photo-documenting the process and will have lots of posts on it, but for time being the emphasis needs to be on the sewing!  Cause I’ve still got that other Garrison Ball dress to do while also working on a dress exhibit I’m curating and working on my dissertation.  Another part of the time crunch is that I’m not home right now, I’m posting to you from London, England!  I came over for a few weeks to speak at the University of Brighton as part of a seminar series then tie up some loose ends of research.  Since I can’t work on my sewing while away, I can blog a bit again!  I meant to finish a Tree post or two, but discovered after I arrived here that I didn’t have the right usb cord to hook my camera (where most of the photos still are) up to my laptop, d’oh.

Instead, I’ve decided to give you a couple of virtual tours of dress/costume exhibits in London.  Yesterday I went to the V&A and snapped photos of the ‘permanent’ costume display there from the 1700s to the 1950s.  I’m going to post this tour in several parts so as to keep the posts manageable sizes.  On Friday I’ll be popping by the Museum of London and will try to get pics of the dress on display there, especially the “Pleasure Garden” exhibit of 18th – early 19th century dress, it’s a really delightful display!

Unfortunately, the quality of the photos I got yesterday is far below what I would prefer.  The lighting is necessarily quite low and I only had my phone with me, so these are far from amazing shots, but at least you get to see what’s there and what’s said about it if you’re not likely to be visiting any time soon.  On the other hand, the poor photo quality may not be the worst thing, since I wouldn’t want to try and replace the experience of going in person.  And if it ever happens that the V&A is not happy with my posting a virtual tour, I will remove it.

So, without further ado, let’s begin our tour with Georgian and Regency era fashions:

So, it appears that since this was the first photo I took and was still figuring out what-all to shoot, I missed getting a close-up of the text panel for this dress.  I can’t tell you what it says either, but I can tell you this dress is a court mantua, likely from the 1750s (I was thinking 1740s at first because of the huge side hoops, but then noticed the falling cuffs on the sleeves which means it must be a little later) 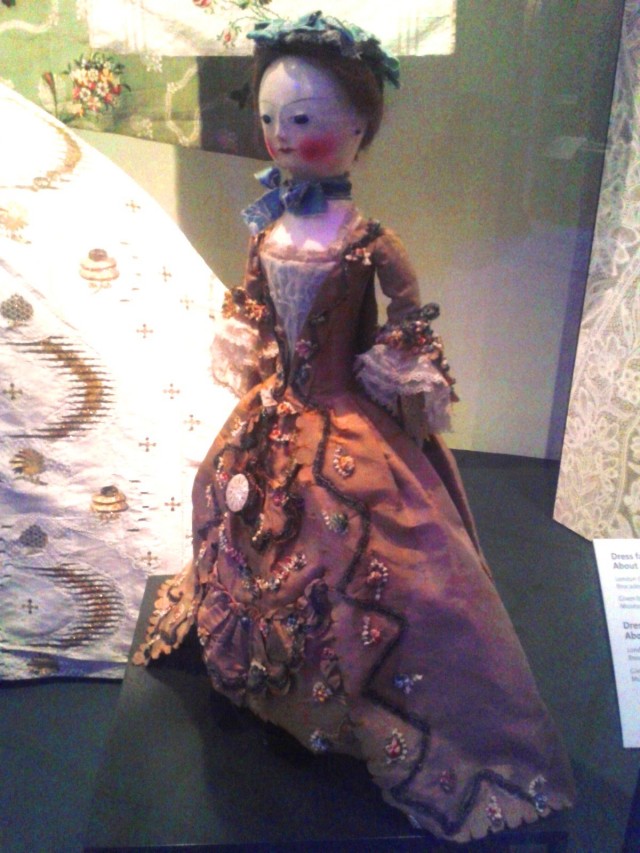 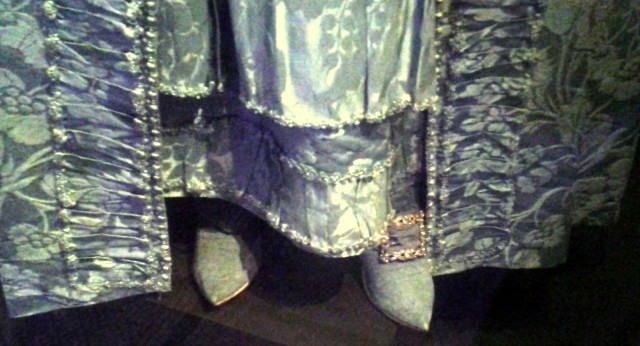 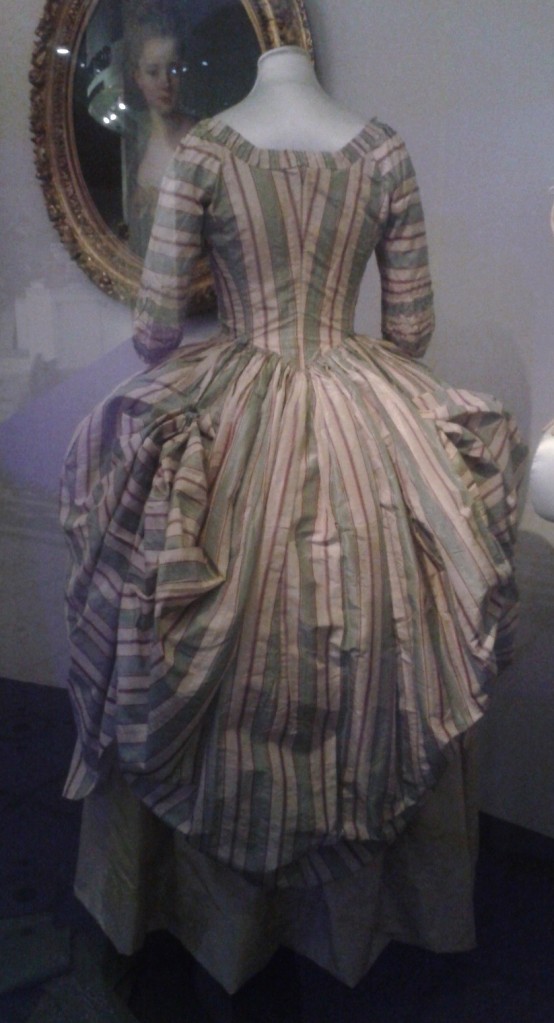 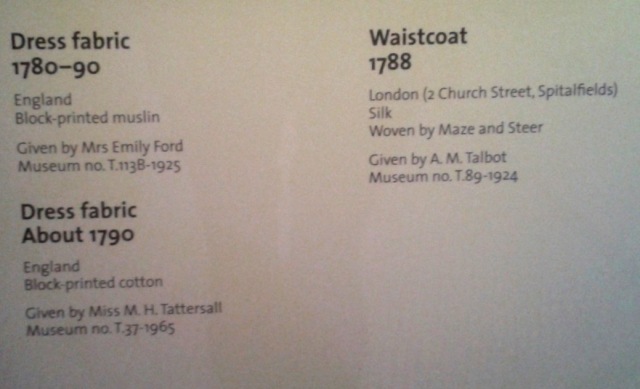 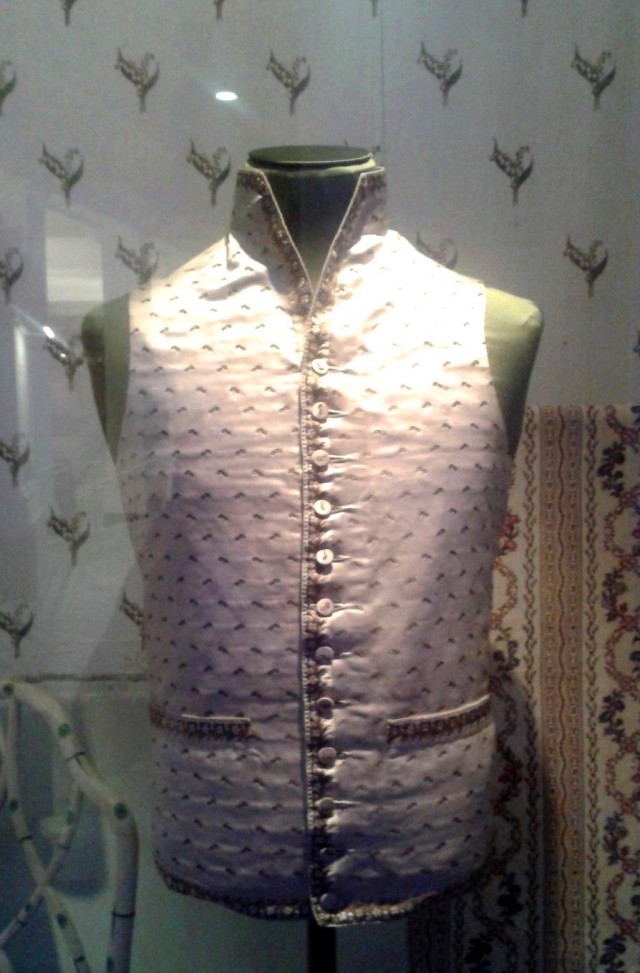 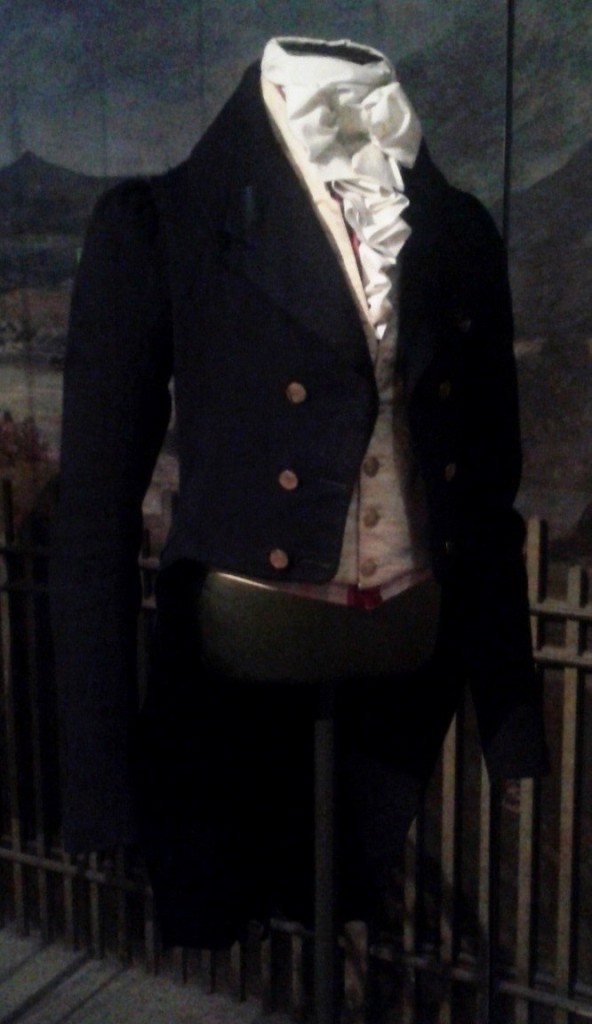 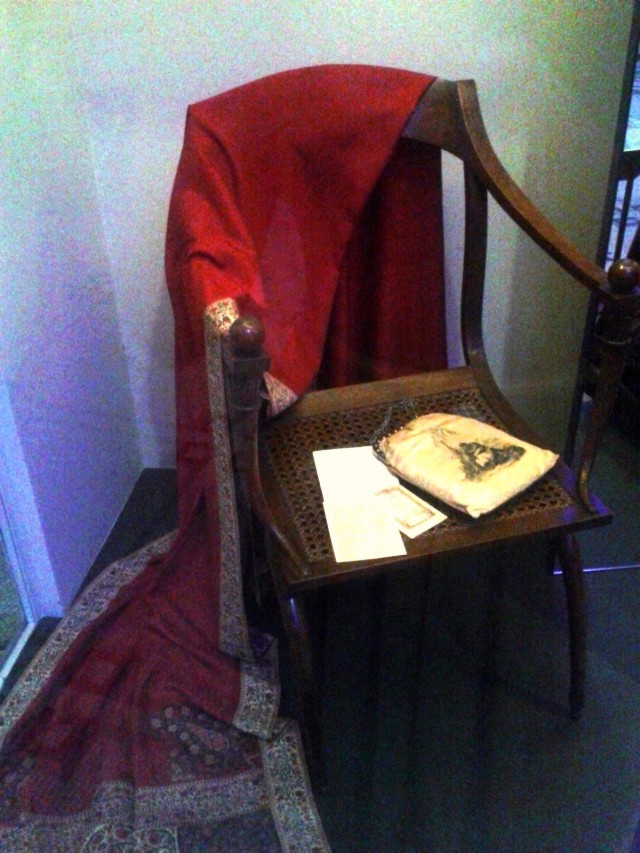 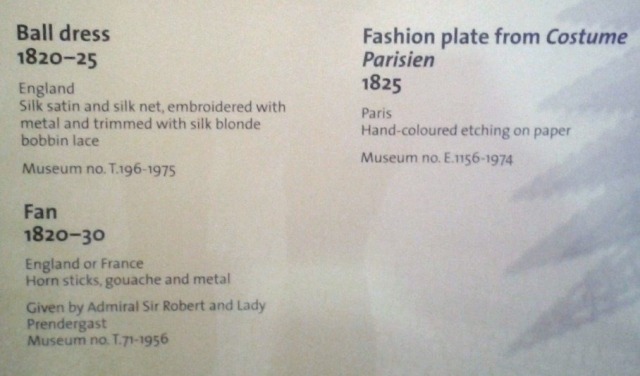 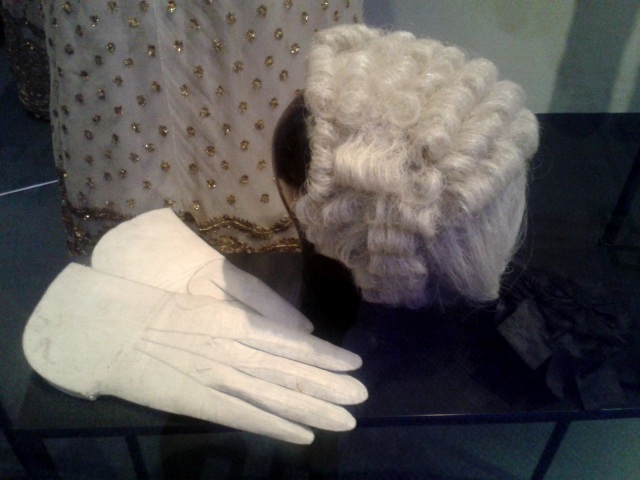 Next up: Romantic & early Victorian